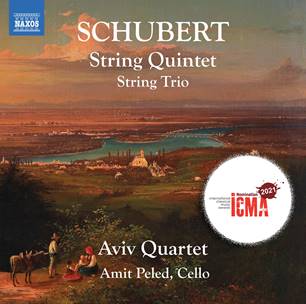 Schubert’s String Trio was modelled after the example of Beethoven, and its transparent textures, Classical structure and fine interplay are capped by a charming Rondo finale. Composed over a decade later, during the period of his final illness, the String Quintet is wholly different in character. Scored for two violins, viola and two cellos, it is one of the most compelling and moving works in the chamber music canon, and stands as the summation of Schubert’s writing for chamber forces. 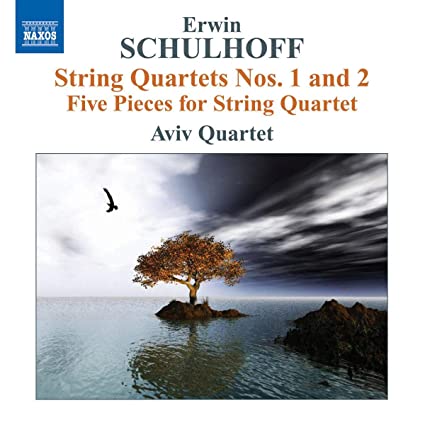 Largely forgotten in the decades after his death, the wide-ranging output of the Czech composer Erwin Schulhoff has come to much greater prominence over the last quarter-century. The music featured here dates from the mid-1920s, a productive period in which he forged a distinctive and highly personal musical style. Both the First String Quartet and the Five Pieces achieved a notable success at their premières, and all three works are among the most successful and enduring of Schulhoff's compositions. 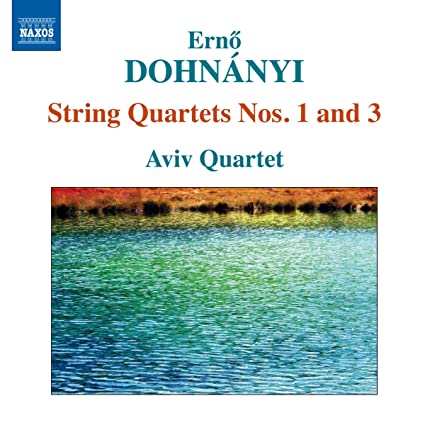 Shortly after his first successes as a concert pianist, Dohnányi brought out his First Quartet in 1899. It is a mature work, acknowledging the influence of Brahms whilst also adopting writing that hints strongly at Dohnányi's own Hungarian origins. It ranges widely and expressively, including both hymnal and folk elements in a richly rewarding way. The Third Quartet of 1926 is more harmonically questing and structurally sophisticated, and filled with vibrant melodies. Of the Aviv Quartet's previous Naxos recording (8.570965 / Schulhoff) MusicWeb International wrote: 'they sound simply fantastic...The playing is electric; no position is a weak link'.